SHAMAN DRUM was used by the shamans of the Northern peoples in their ceremonies. Shamans were healers and predicted the future. They called on the spirits for assistance by beating a drum with a drumstick made from reindeer bone until they fell into a trance. The upper part of the drum skin represented the heavens, the middle part earth and earthly life and the lower part Tuonela, the underworld. Design Juha Janger based at folklore. 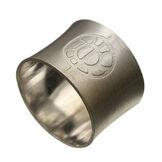 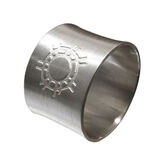